It’s official. We are now K-Town residents. 2848-ers. Country folk (well, kind of). The move was tough, as all moves are. But as our truck pulled in, wobbling with the weight of our life possessions, I felt a sense of great relief. The anticipation, the build-up, the unknown – well, we are now looking at it in the face. No more guessing.

Leo is passionately working on the house, day in, day out and loving it. Progress is slow, but satisfying.

We have rented close by to give ourselves a chance to get the house finished without choking on dust and depression, and this has proved a wise move.

This is the view from our temporary house. I spend a lot of time on the back-step.

My job at the Kandos house is the garden. And boy is it a hard one.

To start with, it’s big. Much bigger than our Maroubra balcony and larger than any garden I’ve tried to tame before.

The garden has fruit trees, an old chook shed and plenty of space.

I have transformed 3 gardens in my life. Somewhere between giving up late nights at the disco, and having babies, I found myself on my knees every Saturday and Sunday morning pulling at the suburban earth, hacking into mountains of weeds and coaxing stolen cuttings to grow. I had never gardened before and much to my surprise I discovered I have a green thumb. This is clearly a genetic fluke. My dad Don is a passionate gardener and I was raised in a thriving, lush backyard which was and still is, an oasis.

This 50 year old garden in Bondi, created by my Dad, is my inspiration.

My first garden challenge in my new home is the existing rose garden. If someone had of told me 1 year ago that I would be living in the Central West of New South Wales attending roses, I would have told them to get off the green stuff. But here I am.

Step 1 was to clear out the thick, choky, mean grass that was strangling the bushes

Step 2 was to dig up a few bushes and relocate them. They fought hard, ruining my hot pink trainers along the way.

I groaned and moaned as I struggled to pull up their root system which is probably as old as me. In between swear words, I admired their tenacity. They didn’t want to be uprooted. They didn’t want to face this unexpected disruption. They held on until they  were weakened and worn out by the battle. But change won out in the end. As it always does.

Step 3: I clumped them together against the front of the house to thicken the spindly row that was already there (I know it’s hard to see this improvement; you’re just going to have to trust me on that one). 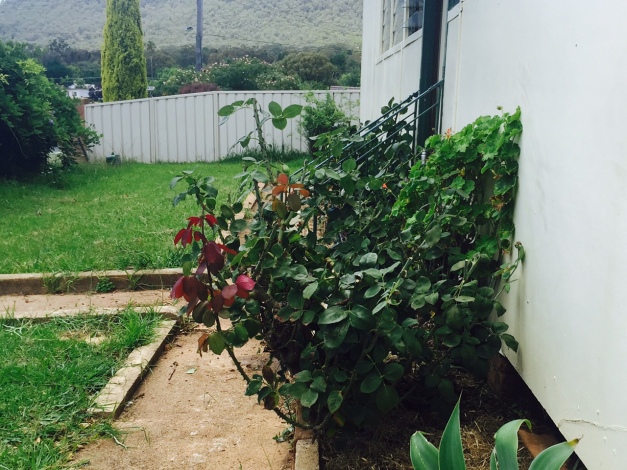 I also found a spot for my Bondi/Maroubra succulents that have been raised on sea-air and neglect. I have no idea how they will go in their new mountain setting, but they look pretty good for the moment.

My heavy river rock, that I have dragged between 4 apartments to use as a door stop, now has an outdoor spot too 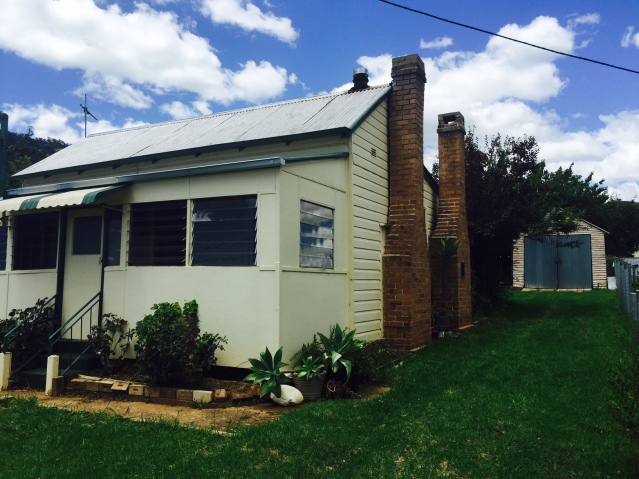 The move has left some of the roses looking a little yellowed and wilted, which Dr Google tells me is normal. I can relate to how they are feeling. Being uprooted comes with much bruising, and plenty of prickly thorns, as I’ve learnt this past few weeks. I suspect the roses and I simply need to find our new root system; tap into the surrounding nutrients; gets lots of sunshine and water; and settle. Watch this space. 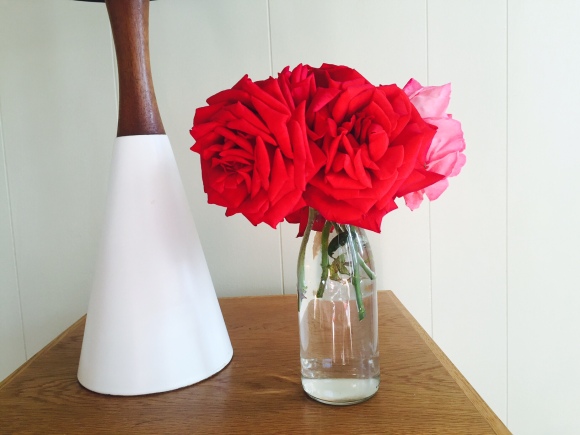 Betty Buttercake used to party likes it's 1999 (it was). Now she meditates whenever she can, loves collecting kindling for the fire and tries to keep it real and nice.

When the change of life inspires a life of change

Betty Buttercake is a lifestyle blog project work-in-progress. Expect little. Be kind. I might even send you a fresh chicken egg one day.